Arizona State University’s VEX U Robotics team based on the Polytechnic Campus. Find out more below!

Dante was PYRO’s first World Championship robot for the 2017-18 season. Click the button to see all our robots!

VEX U | This Year's Game

PYRO is made of an ever-growing group of passionate students who believe in learning through hand-on experience. We take classroom concepts and put them to the test.

Interested in joining our team, becoming a partner, or any other inquiries? Send us a message!

We are a team of ASU students who have a passion for problem solving and discovery. In 2014, PYRO Robotics was founded by three members of Arizona State University’s Robotics Club, Rossum Rumblers. Since its formation, our team has always consisted of students fueled with the desire to apply the technical skills we have learned in school to a real world application. On PYRO, students compete in the collegiate division of the VEX Robotics Competition, VEX U. In VEX U, teams are tasked with designing and building two robots to compete head-to-head against universities from all around the world. The VEX Robotics Competition presents a new game-based engineering challenge every year.

PYRO has earned several prestigious awards such as Tournament Champions, Excellence Award, and Robot Skills Champions at numerous regional tournaments. In addition, the team has qualified for the VEX U World Championship every season since 2018 and has taken home the Amaze Award in 2018 and Build Award in 2019. 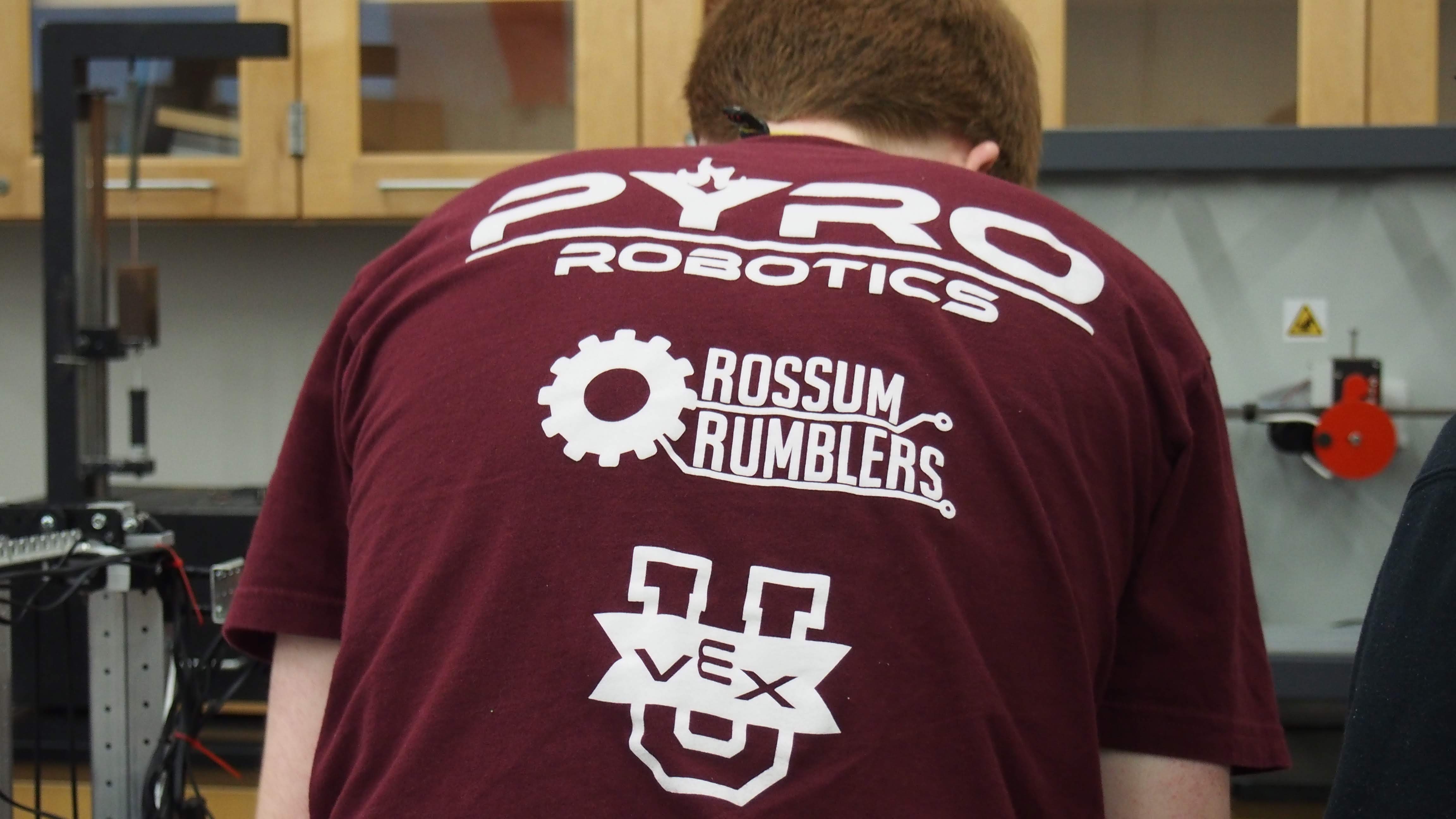 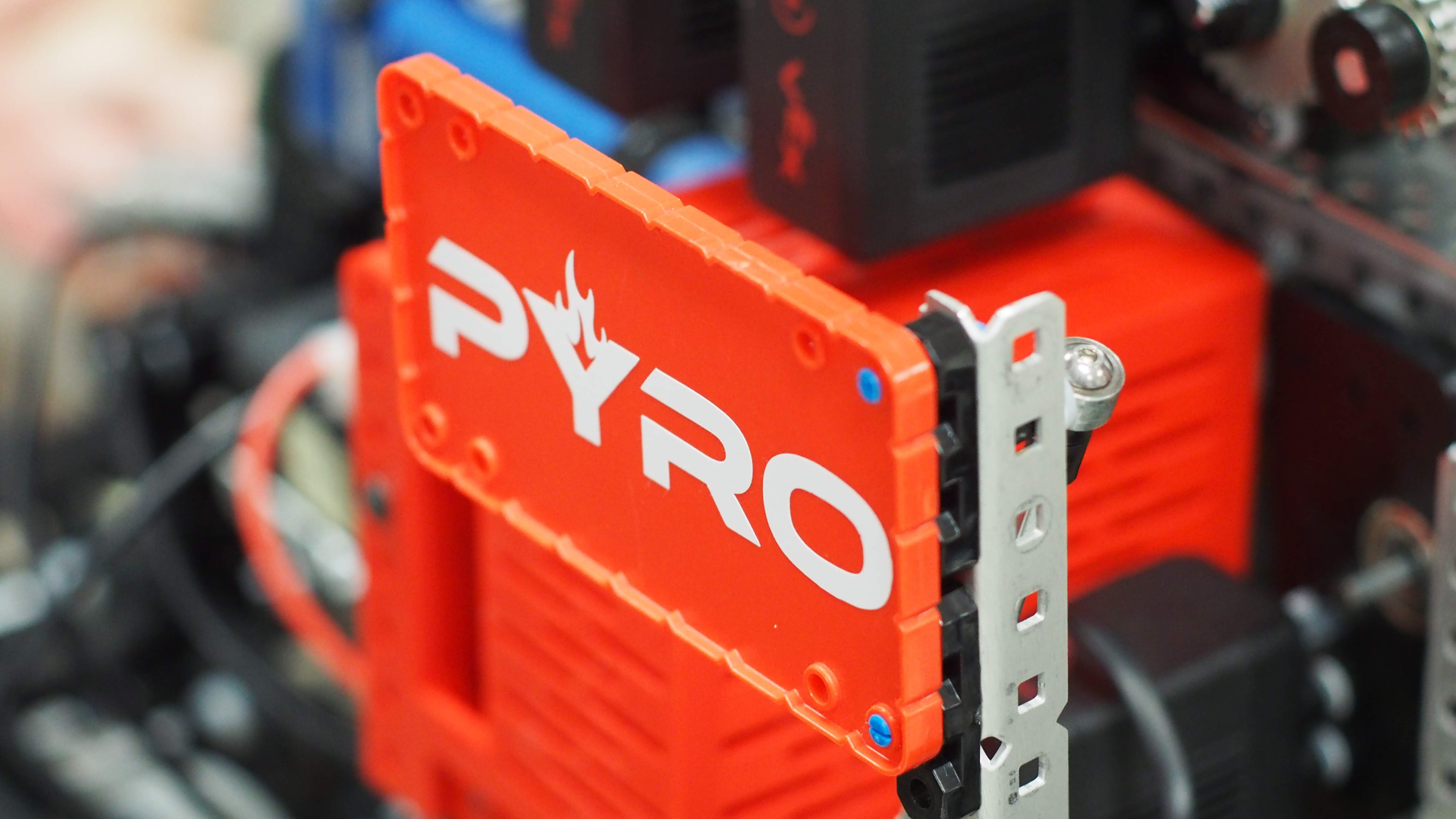 PYRO’s mission is to provide the opportunity for students to immerse themselves in a high quality experiential learning environment that fosters collaboration, innovation, and use of critical thinking skills. We want our members to be inspired by the excitement of hands-on STEM learning and for all students to be able to apply what they have learned in the competition to their careers after graduation

The VEX Robotics Competition is the largest robotics competition in the world with student participants from elementary school through university students. The competition brings STEM skills to life by tasking teams of students with designing and building a robot to play against other teams in a game-based engineering challenge. Classroom STEM concepts are put to the test as students learn lifelong skills in teamwork, leadership, communications, and more. Tournaments are held year-round at the regional, state, and national levels. The season culminates at the VEX Robotics World Championship each April. Find out more here. 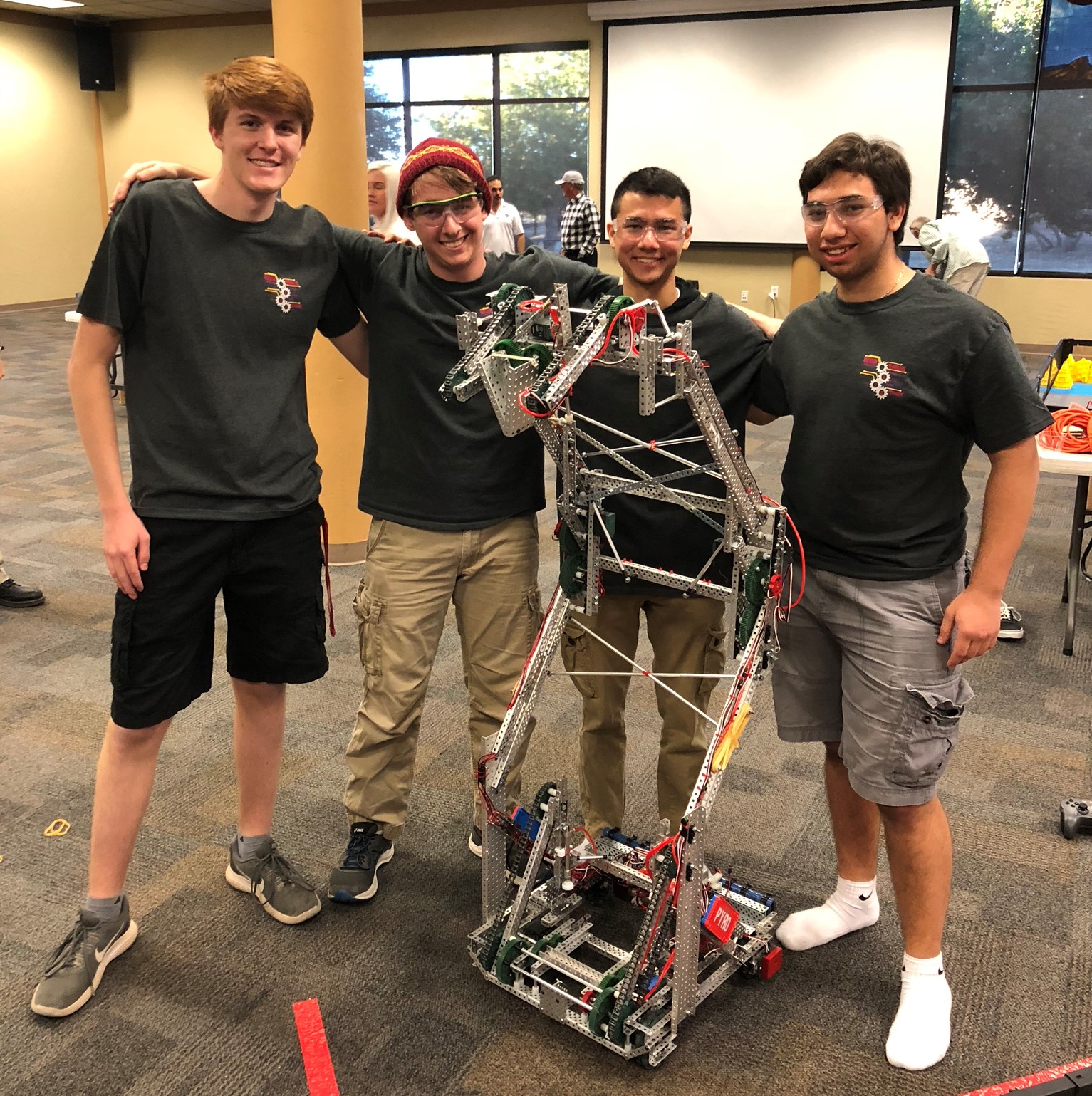 Over the years, PYRO has grown to include more and more team members of various backgrounds and skillsets. All students at Arizona State University are eligible to join the team. By joining PYRO, you will also be joining Rossum Rumblers.

“PYRO has really helped me find my place at ASU, it has enabled me to grow as an engineer and apply my skills to a competitive environment”