PYRO designed Megatron and Stella Urlare to play the 2019-20 VEX Robotics game, Tower Takeover. See them in action in this playlist. 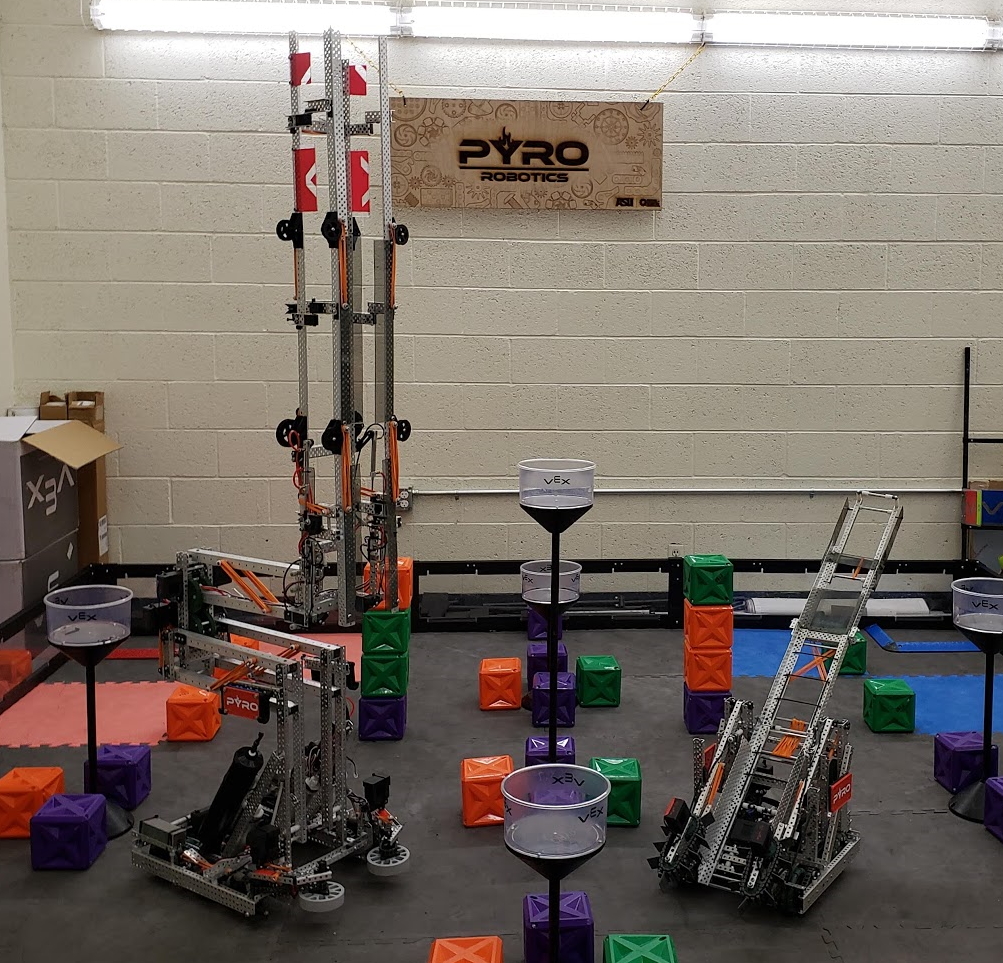 PYRO designed Stingray and Viper to play the 2018-19 VEX Robotics game, Turning Point. See them in action in this playlist. 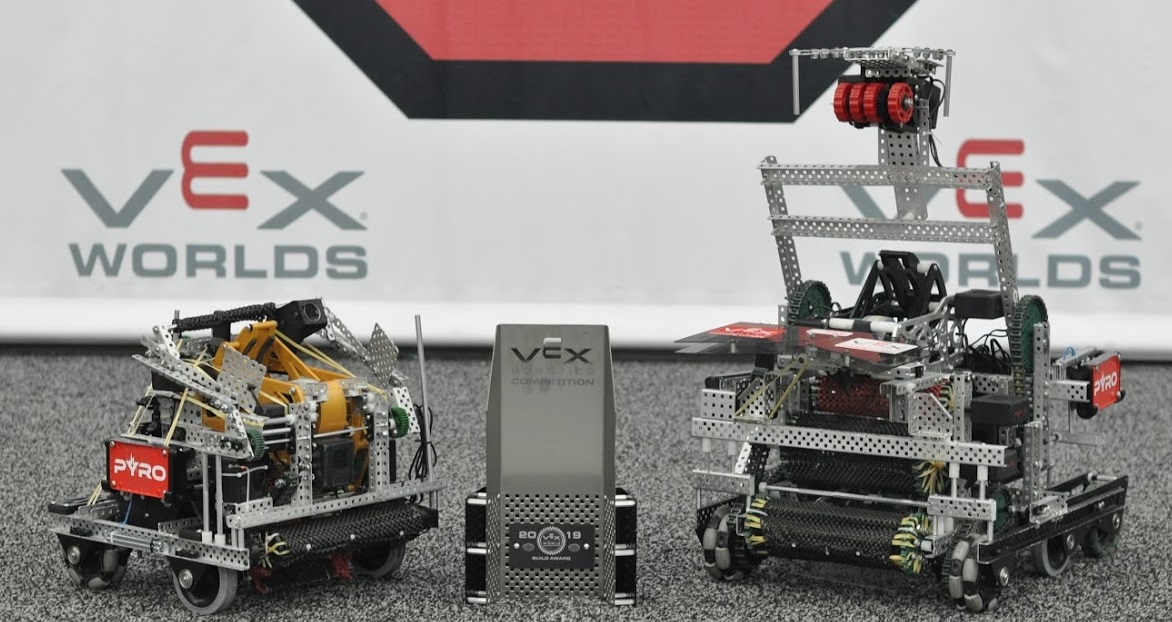 PYRO designed Dante to play the 2017-18 VEX Robotics game, In the Zone. See Dante in action in this playlist. 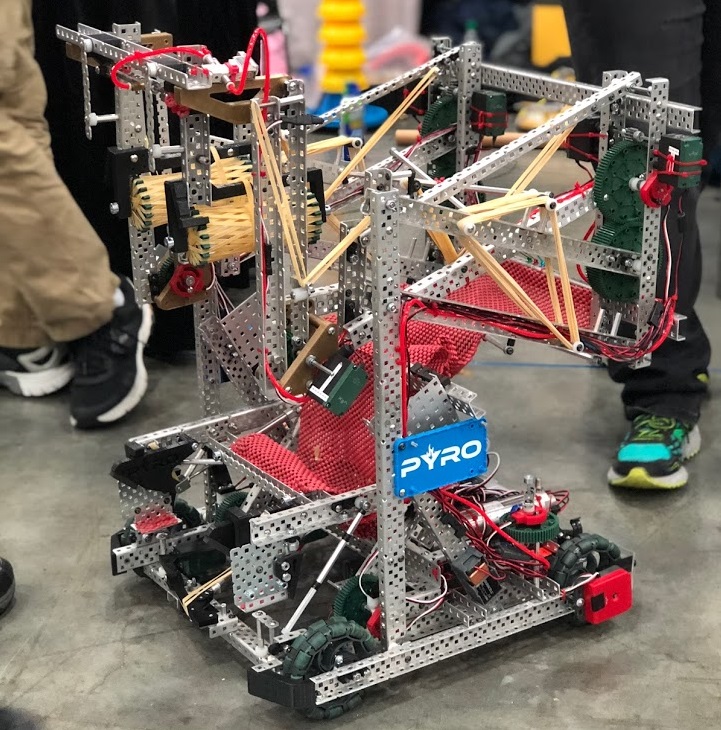 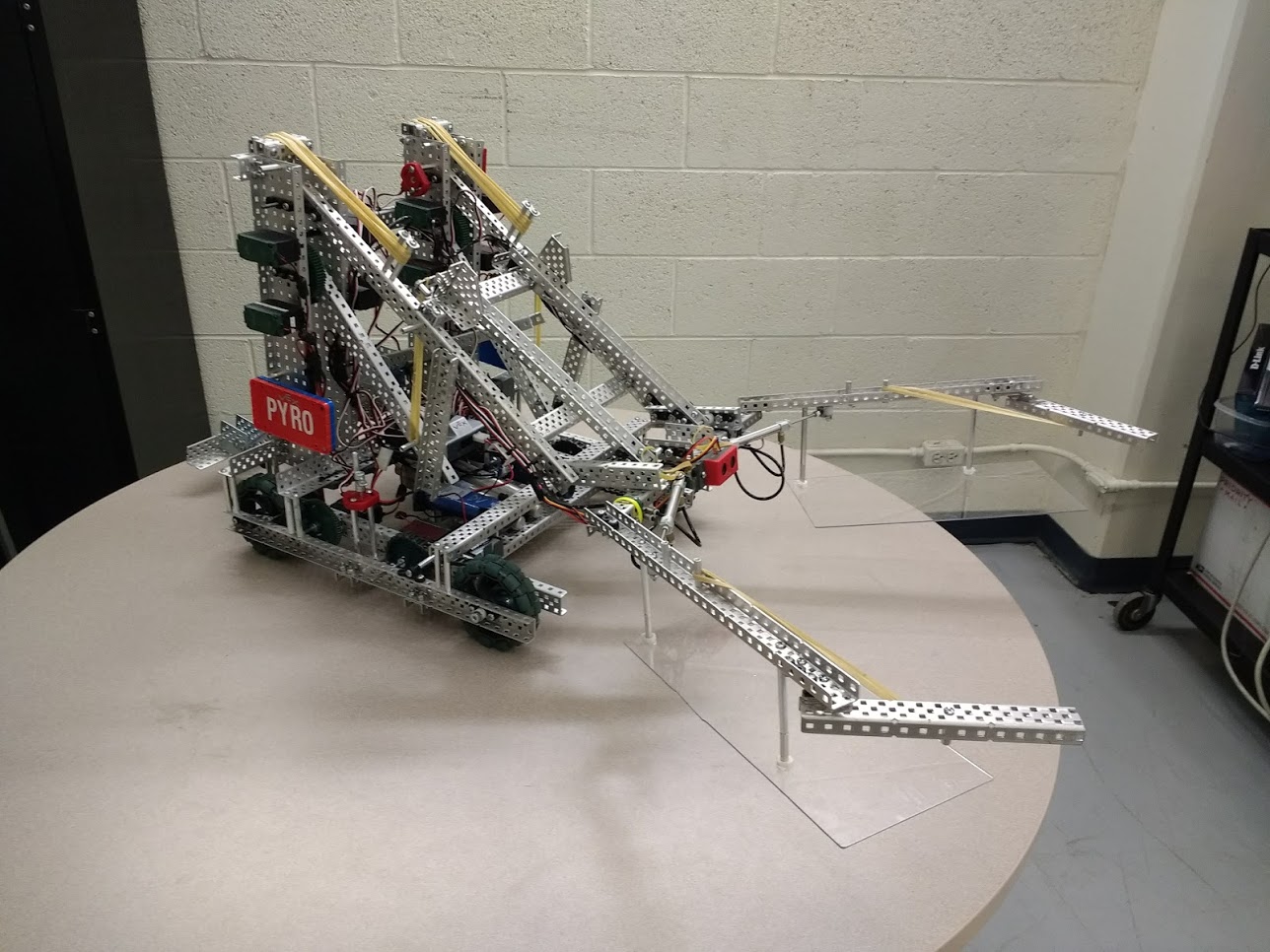 In VEX U, the beginning of each VEX Robotics Competition match consists of a forty-five second (0:45) Autonomous Period, followed by a one minute and fifteen second (1:15) Driver Controlled Period. Having a reliable autonomous run is critical to the success of teams to win. The score of an autonomous period can often be the determining factor when counting the final score at the end of the match. Here, our team presents the best autonomous runs that we were able to generate (and get on camera) for each game.